A Supercomputer in Every Pocket – Mobile Device Discovery Series, Part 1

A multi-part series on the logistical, technical, and legal challenges posed by the proliferation and popularity of smartphones and tablets

When the ENIAC computer was dedicated in 1946, it required 18,000 vacuum tubes, weighed over 30 tons filling more than 1,500 square feet, and cost more than $6,000,000 (inflation adjusted to 2016).  In 1996, a team of engineering students recreated ENIAC on a single 8mm x 8mm chip using modern transistors – and it was still 20 times faster than its namesake.  Today, the average smartphone “has more computing power than all of NASA when it put the first men on the moon in 1969.”

And, the vast majority of your key players and other custodians will have one in their pocket.

Smartphones are owned by more than 198 million people in the United States, and 65% of all minutes spent on digital devices in the U.S. are spent on smartphones or tablets rather than desktop or laptop computers.  Globally, 25% of Internet users only use the Internet via mobile, and that percentage is growing year-over-year.

In the United States, 50% of all digital minutes are spent in smartphone apps, with those between 18 and 24 years of age spending 66% – more than 3 hours per day.    Social media and instant messaging are the leading uses, accounting for 21% of all mobile usage minutes in the U.S.  Social media and communication applications all dominate the list of top U.S. apps:

Additionally, at least 93% of smartphone users use text messaging for communication.

But, what about business use?  The shift from traditional computers to mobile devices is affecting the way employees conduct business too.  As of 2015, 80% of people were using texting for business purposes.  Another recent survey found that, in 42% of financial services organizations, employees had requested authorization to use text messaging for business – double the 21% reported in 2016.  The same survey found that 83% of organizations now allow employees to use their personal devices for business communication.

As a result, mobile devices are turning up frequently as relevant sources in litigation.  According to a recent litigation trends survey, roughly half of all litigation matters in 2015 and 2016 involved preservation and/or collection of mobile device data.  Of the mobile devices implicated in 2016, 93% were smartphones.  This trend is an area of concern for those tasked with communication compliance and preservation.

In the financial services survey referenced above, 23% of the respondents “have no or minimal confidence that their firm is capturing and archiving all business messages sent via mobile devices.”  And mobile devices were rated as the number 2 concern overall, up from number 14 the year before.  Another recent survey of corporate managers and executives responsible for mobile devices within their organizations revealed that the majority’s top concern was “corporate data finding its way onto employee-owned personal mobile devices.”

In this multi-part series, we will review several aspects of the mobile device discovery challenge, including: what kinds of materials and information they contain; available collection options and applicable limitations; management and review of acquired mobile materials; relevant case law on the discovery of mobile device data; and, steps your organization can take proactively. 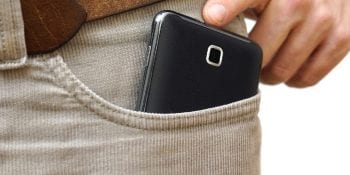 XDD White Paper - A Supercomputer in Every Pocket

Today, the average smartphone “has more computing power than all of NASA when it put the first men on the moon in 1969,” and the vast majority of your key players and other custodians will have one in their pocket. Smartphones are owned by more than 198 million people in the United States, and 65%…

Smartphones are far and away the most used type of mobile device (57% of all digital minutes, compared to just 9% for tablets).  Because of their importance, most organizations want their employees to use them for work, and employees typically want to be able to work on them.  A majority of companies now have or are planning to adopt BYOD-friendly policies, and many organizations are planning to start requiring employees to bring their own device.  As a result, a BYOD organization will have a veritable cornucopia of different smartphones in use by its employees.

Almost two years ago, we discussed the phenomenal power and surging popularity of mobile devices – primarily smartphones – and the implications they have for discovery. Since then, the importance of smartphones and other mobile devices as discovery sources has only grown, with new news, new cases, and new guidance all becoming available.