Are Parties Obligated to Obtain Translations for Production?

As more corporations operate across borders, more and more foreign language documents have become potentially relevant in litigation.  In many such cases, parties will obtain certified translations of their own relevant foreign-language documents, prior to production, to facilitate review and later use in litigation.  But what if a party doesn’t wish to do so?  Is a party obligated to obtain certified translations of documents for its opponent’s use?

. . . unfair competition, false advertising, defamation, false light, trade libel, and tortious interference with prospective economic relations as a result of Defendants’ publication and dissemination of allegedly false and defamatory statements regarding Plaintiffs and their products.

Extensive discovery was undertaken, including two discovery deadline extensions and a variety of interrogatories and requests for production.  During discovery, an issue arose regarding foreign language documents produced by the defendants to the plaintiffs.  In April 2019, the plaintiffs first raised this issue in a letter to the defendants:

Defendants’ document production contains numerous documents, including emails, that appear to be written in Korean or Japanese.  Plaintiffs have incurred the expense of obtaining certified English translations of documents contained in their production.  We expect Defendants to promptly produce certified translations of these documents.  [emphasis added]

The issue was discussed and debated for several months through correspondence and conferences, but no agreement on the issue could be reached.  Ultimately, the question was put to the Magistrate Judge, along with other unresolved discovery disputes.

The Magistrate Judge began his analysis by acknowledging the lack of direct authority on the question in the rules (“Rule 34 does not address which party has the obligation to translate documents into English”) and in the Third Circuit’s precedent.  Instead the Magistrate Judge looked to persuasive authority from the Eastern District of New York (“Nature’s Plus Nordic A/S v. Natural Organics, Inc. 274 F.R.D. 437, 439 (E.D.N.Y. 2011)”) to answer the question of “Who bears the cost of translating foreign-language documents produced in response to a request for production of documents?”

Based on this case and the authority it cites, the Magistrate Judge concluded that “Defendants are neither obligated to translate the documents nor responsible for bearing the translation costs” because “a request for production of documents should ordinarily require producing only the original documents, in whatever form or language they may have been kept” and because each party should ordinarily bear the costs of pursuing its own case [emphasis added].

In reaching this conclusion, the Magistrate Judge did note, however, a few situations in which the outcome might be different: 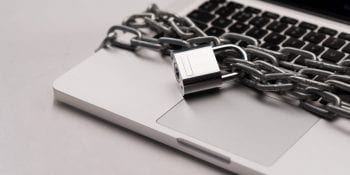 In legal holds, the duty of preservation is a foundational concept in our legal system that grows out of the common law concept of spoliation. If courts exist to make determinations about disputed facts, and if the trier of fact must make determinations using the available evidence, then no litigant should be allowed to gain advantage in determinations by destroying relevant evidence before facts are considered. The scope of discovery for litigants and third parties needs to preserving. So, what is the scope defined by those rules?

The first thing you must know to undertake effective identification and preservation activities is the potential legal and technological scope of things for which you might need to be looking. For our purposes, that scope comes from the Federal Rules of Evidence and Civil Procedure and relevant case law, and it can be quite broad.

Machine Translation: A Cost-Effective Solution for the eDiscovery Toolbox

It is commonplace today to have documents within eDiscovery collections that contain foreign languages, but this no longer need to be an obstacle for English-speaking legal teams. Handling documents in foreign languages has become much simpler and more cost-effective than in years past, and legal teams should understand their options.