As digital video recording devices have become less expensive and more widespread, the amount of video available as potentially-discoverable evidence has increased proportionately.  One area in which there has been a dramatic increase is the use of body-worn cameras by the police.  As of 2019, “[a]pproximately half of the nation’s 18,000 law enforcement agencies ha[d] some type of body-camera program,” and more than half of states have some form of legislation or case law making that footage available to the public in at least some circumstances.

Working with video, however, can be more challenging and time-consuming than working with other types of ESI – especially when redactions of that video are required.  Who should bear that burden: the law enforcement agencies charged with preparing the video or the individuals and organizations requesting it?  Recently, in the case of National Lawyers Guild v. City of Hayward, Case No. S252445 (Cal. May 28, 2020), the California Supreme Court addressed how this question should be answered under the California Public Records Act (PRA), concluding that the costs of video redaction cannot be charged to requesters.

In December 2014, protests took place in Berkley, California, over “grand jury decisions not to indict the police officers involved in the deaths of Eric Garner and Michael Brown, both unarmed African-American men.”  Police officers from the Hayward Police Department aided Berkley with “policing the demonstrations.”  After the protests ended, the National Lawyers Guild (NLG), “the nation’s oldest and largest progressive bar association,” submitted public records request to the Hayward Police Department “seeking 11 categories of records relating to the Department’s actions in policing the demonstrations.”

In the process of responding to the NLG’s records requests, the Police Department’s Records Administrator and Custodian of Records determined that some of the videos recorded by those body cameras was likely responsive to the requests and undertook steps to identify and prepare relevant videos for production.

The Department spent about 5 hours “search[ing] Evidence.com . . . identifying 141 videos totaling approximately 90 hours.”  The videos were reviewed to “determine whether they contained material exempt from disclosure under the PRA,” and they did (e.g., “personal medical information and law enforcement tactical security measures”).  The Records Administrator and Custodian of Records then “downloaded the free video-editing software Windows Movie Maker” in an attempt to edit out the exempt material before production.  Unfortunately, he, “quickly realized that editing 90 hours of video would be unduly burdensome, so, through the City Attorney’s Office [], the Department asked NLG to narrow its request.”  In response, the NLG requested “six specific hours of video.”

To prepare the six hours of video for production, the Records Administrator and Custodian of Records employed the following process:

First, he identified the exact visual and audio segments that were exempt.  Next, he used Windows Movie Maker to remove all exempt audio and visual material from the video files.  Before he could remove the exempt audio segments, he had to separate the audio and visual material by taking out all of the audio material from each MP4, saving that audio material as an MP3, and reuploading the MP3 audio file into Windows Movie Maker.  Last, he saved the edited videos as new MP4 files and downloaded them to a thumb drive storage device.

In total, this process took him more than 35 hours to complete – almost 6 hours of effort for each hour of video prepared.

Hayward then made the prepared videos available for pickup by the NLG, but insisted that the NLG would have to pay the costs associated with preparing the videos before they could have them. “The City invoiced NLG $2,938.583 – $1 for the “DVD” (actually a thumb drive) containing the edited video copies and the remainder for 40.2 hours of staff time spent preparing the videos for production.”  The NLG paid the invoice under protest to obtain the videos and then proceeded to court to challenge the validity of the invoiced charges under the PRA.

This case is primarily about statutory interpretation, specifically the interpretation of an exception related to the production of electronic records under the PRA:

Notwithstanding the usual limitations on chargeable costs, “the requester shall bear the cost of producing a copy of the record, including the cost to construct a record, and the cost of programming and computer services necessary to produce a copy of the record” if one of two conditions applies. . . .  Second, the requester must pay the costs if “[t]he request would require data compilation, extraction, or programming to produce the record.”  [emphasis added; internal citations omitted]

Hayward argued that “extraction” in this condition covered the removal of exempt portions of a video, while the NLG argued that it referred to the effort required to extract specific data from a large database or repository system.  After a thorough review of the language of the PRA, its broader technical context, and its legislative history, the Court concluded that the NLG’s interpretation was the better one:

NLG’s view aligns with this more technical usage of the term “extraction,” as well as with the particular context in which the term appears in section 6253.9(b)(2).  Understood in this more technical way, the term “extraction” conveys an idea unique to the production of electronic records.  It generally refers to a particular technical process – a process of retrieving data from government data stores – when this process is “require[d]” (§ 6253.9(b)(2)) or “necessary to produce” a record suitable for public release (§ 6253.9(b)).  [emphasis added]

In reaching this conclusion, the Court emphasized the public interest in keeping public records accessible:

All else being equal, interpreting the term “extraction” in section 6253.9(b)(2) to cover redaction costs would make it more difficult for the public to access information kept in electronic format.  Redaction costs are often nontrivial. Take this case, where NLG was charged more than $3,000 for six hours of responsive video.  For many requesters, such costs may be prohibitive.  Article I, section 3 of the Constitution favors an interpretation that avoids erecting such substantial financial barriers to access.  [emphasis added]

A Note from the Concurring Opinion

Additionally, one Justice wrote a concurring opinion to make some additional points about the potential role of evolving technologies in meeting these challenges:

But because such electronic data can be stored in nearly infinite ways, jurisdictions such as Hayward can respond to public records requests using technologies that continue to evolve.  Imagine a not-so-distant future when government entities deploy more thoroughly automated, artificially intelligent systems for responding to PRA requests. . . .  Such technology could readily help agencies be more accurate, efficient, and thorough in responding to public records requests – and allow members of the public to receive quicker access to government records.  [emphasis added]

Because You Need to Know: Monthly News Round-Up for June 2020

We turn our attention now to the final pre-trial phase of an electronic discovery effort: production. It is important for practitioners to understand the range of possibilities and their differing requirements, limitations, and implications, because the way materials are produced affects how much time and effort they take to prepare and how easily they can be searched, reviewed, and used later in depositions and at trial. 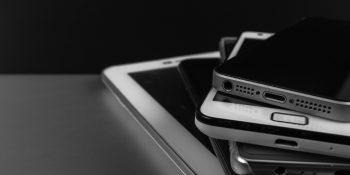