In “Collection and the Duty of Technology Competence,” we discussed lawyers’ duty of technology competence and the importance of understanding collection to fulfilling that duty.  In “The Broad Scope of Collection,” we discussed the potential legal and technological scope of collection.  In this part, we review how computer memory actually stores ESI.

A Tale of Tiers and Types

Modern computers employ a wide range of memory technology in concert to accomplish tasks, including read only memory (ROM), multiple levels of cache, random access memory (RAM), and hard drives, including both hard disk drives (HDDs) and solid state drives (SSDs).  This multiplicity of memory is partly for efficiency and partly for affordability.

As with most things, some memory technologies are fast and expensive, and others are slow and inexpensive.  Some of those technologies are volatile, requiring power to maintain storage; others are non-volatile, maintaining storage without power.  To achieve an effective balance between speed and cost, computers leverage different tiers of memory for different aspects of their operation:

This basic model is also applicable to most mobile computing devices.  Smartphones and tablets employ similar tiered memory systems for the same reasons.

As your computer or mobile device operates, there is a constant flow of information being read from and written to hard drive storage, RAM, and the caches.  At any given moment, multiple copies of a file or portions of a file may exist in multiple locations.  These temporary copies are known as ephemeral data, since it typically only exists so long as the computer is on and the operation is active.  Collections from individuals’ computers and mobile devices are typically only concerned with the static ESI in hard drive storage, but the ephemeral data generated by enterprise systems has occasionally been implicated in legal matters.

Forgotten but Not Gone

Whether a computer or mobile device is using an HDD, an SSD, or both, it is managing a collection of thousands of discrete files that is constantly evolving as files are read, modified, written, and deleted.  The computer’s file system dictates how this occurs, and although there are a variety of file systems in use in different types of computers and servers, the underlying principles are the same for our purposes.

The immense volume of available storage is divided up into very small physical and logical units.  The smallest physical unit is typically referred to as a sector, and some common systems refer to the smallest logical unit as a cluster.  The specific nomenclature and the specific relationship between physical and logical units depend on the file system in use.  Regardless, the computer tracks all of those sectors and clusters in what is, essentially, an enormous spreadsheet that records what it has put where and where there is free space to put new things.

Almost all files will be large enough to occupy multiple physical sectors, but those sectors will not necessarily all be physically adjacent.  Most of the time, they are spread out across the physical storage, connected only by the entries in the computer’s master storage spreadsheet documenting their relationship.  And when files are deleted, the physical sectors are not wiped clean of their file fragments; the master spreadsheet is just updated to delete the references to that file and to show that those sectors are available once more.

This approach to storage of ESI has several implications for collection that we will discuss in the next Part.

In the next Part of this series, we will review the mechanics of forensic collection and retrieval from these memory systems. 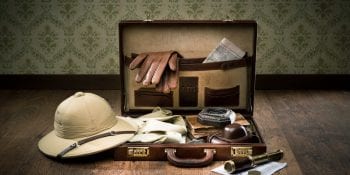 Aligning Your Lenses to See through the Fog, ECA Fundamentals Series Part 6

Our survey of tools and techniques for early case assessment has revealed a wide range of available options, each with different strengths and intended applications. Achieving effective ECA is not a question of applying as many tools and techniques as you can. Rather, it’s a question what is right for to best serving your primary goal for Traditional ECA, EDA, or Downstream Prep.

Hey…You…Get Off of That Cloud

Managing and storing data in the cloud can be the most cost-effective solution for many; however, serious due diligence is required to ensure that all data is protected and to guarantee eDiscovery best practices.