A Tale of Two States

The story of social media evidence authentication in the courts is a tale of two states: Maryland and Texas.  These were two of the first states to address these issues at the appellate level, and each staked out a different position that has since been followed by other states.  The two approaches taken reflect the tension we reviewed in the last part, between permissive rules and fearful judges.

The Texas Rule tracks the intended operation of the evidentiary rules we discussed previously, entrusting the disputed fact determinations to the jury, while the Maryland Rule embodies the fear of “voodoo information taken from the Internet,” requiring a much greater demonstration of authenticity before the evidence can reach the jury.  As the Honorable Paul W. Grimm and his law clerks described the two approaches:

Let’s take a closer look at these two approaches and their case law origins.

Griffin and the Maryland Rule

The case of Griffin v. State of Maryland, 19 A.3d 415 (Md. 2011) was a criminal case in which the Defendant was convicted of “second degree murder, first degree assault, and use of a handgun in the commission of a felony or crime of violence” for a fatal shooting that took place in April 2005.  Between the first trial, which ended in mistrial, and the second, which ended in conviction, a key witness changed their testimony.  They also explained that their original testimony had been different because they had been threatened via social media prior to the original trial.  The Prosecution also introduced printouts of the relevant social media messages and profiles into evidence.

They attempted to authenticate the social media materials using Maryland’s equivalent of FRE 901(b)(4) and the distinctive characteristics of the materials.  The distinctive characteristics they identified for the court included matching the profile’s displayed age, city, birthday, photograph, children, and nickname use with those of the alleged owner of the profile and author of the posts.  The trial court judge allowed the admission of the evidence, with instructions to the jury about how to evaluate what weight to give it.

The admission of the materials was upheld on its appeal to Maryland’s Court of Special Appeals but reversed on its subsequent appeal to the Maryland Court of Appeals.  In reaching its decision, that court expressed inherent mistrust of social media sources:

The potential for abuse and manipulation of a social networking site by someone other than its purported creator and/or user leads to our conclusion that a printout of an image from such a site requires a greater degree of authentication than merely identifying the date of birth of the creator and her visage in a photograph on the site in order to reflect that [she] was its creator and the author of the “snitches get stitches” language. [emphasis added]

The court suggests instead that it might have accepted the materials as authentic if the Prosecution had gone beyond distinctive characteristics and had, for example: gotten the author to testify to her authorship; gotten forensic evidence from the device used for the post; or, gotten IP evidence from the social media service.

Tienda and the Texas Rule

The case of Tienda v. State of Texas, No. PD–0312–11 (Feb. 8, 2012) was a criminal case in which the Defendant was convicted of murder for his participation in a multi-car, highway shootout that resulted in a death.  The Prosecution introduced into evidence printouts of three MySpace profiles and related content alleged to be the Defendant’s.  The Prosecution used the materials, “Subscriber Reports” from the social media service, and testimony from someone with knowledge to highlight distinctive characteristics of the materials including: names and nicknames, locations, people appearing in photos, messages and posts referencing the shootout and the death, and references to an electronic monitor (which the Defendant had been required to wear).

The trial judge admitted the materials for the jury to consider, over the objections of the Defendant, and that decision was affirmed on appeal to the Texas Fifth Court of Appeals.  The Defendant appealed again to the Texas Court of Criminal Appeals, but that court too affirmed the admission of the materials based on the prima facie showing of authenticity that had been made using distinctive characteristics: “This combination of facts . . . is sufficient to support a finding by a rational jury that the MySpace pages that the State offered into evidence were created by the appellant.”

The court also addressed directly the “voodoo information” concerns and how the rules already address them without the need for a special, higher bar:

It is, of course, within the realm of possibility that the appellant was the victim of some elaborate and ongoing conspiracy.  Conceivably some unknown malefactors somehow stole the appellant’s numerous self-portrait photographs, concocted boastful messages about David Valadez’s murder and the circumstances of that shooting, was aware of the music played at Valadez’s funeral, knew when the appellant was released on pretrial bond with electronic monitoring and referred to that year-long event along with stealing the photograph of the grinning appellant lounging in his chair while wearing his ankle monitor.  But that is an alternate scenario whose likelihood and weight the jury was entitled to assess once the State had produced a prima facie showing that it was the appellant, not some unidentified conspirators or fraud artists, who created and maintained these MySpace pages. [emphasis added]

This approach is more consistent with the intent and traditional operation of the evidence rules, and thankfully, it is also the more widely adopted approach so far.

Parker, Glover, and Other Recent Cases

Since the establishment of the Maryland Rule and the Texas Rule by those cases, numerous other states have followed one of these two paths.  For example, Connecticut, Mississippi, and Colorado have each adopted an approach like the Maryland Rule:

And, Georgia, Delaware, Kansas, Missouri, Ohio and Tennessee have all adopted an approach like the Texas Rule:

The trend so far is definitely towards the Texas Rule, “but the careful practitioner will attempt to build as many connections as possible between the author and the exhibit.”

In the next part of this series, “Spoliation of Social Media Evidence,” we will move on from authentication of social media materials to spoliation of those materials.

In order for any of the materials you have preserved and collected to be usable at trial, they will have to be admitted as evidence. When it comes to successfully admitting social media as evidence, the materials must be both authentic and admissible. The admissibility of the evidence looks at its relevance, possibility of prejudice, and status of hearsay. Likewise, a witness with knowledge providing authenticating testimony and considering distinctive characteristics of evidence are examples of ways to establish authenticity.

This multi-part series on how to overcome the technical and legal challenges raised by the involvement of social media sources and data in electronic discovery ends with a summary and set of key takeaways. This includes covering social media sources of ESI, the acquisition, authentication, spoliation, reliability of evidence and the ethical concerns therein. 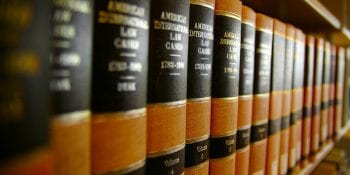