As we discussed in Social Media, Part 1, an August 2016 review by X1 uncovered more than 9,500 cases from the preceding 12 months in which social media evidence played a significant role – growth of more than 50% over the prior year.  This is a category of materials being implicated more and more frequently, and that will continue to be so, making social media preservation and spoliation real concerns.  Only a handful of cases have touched specifically on social media spoliation issues so far, but they make clear that courts expect social media to be preserved.

In the case of The Katiroll Company, Inc. v. Kati Roll and Platters Inc., No. 3:2010cv03620 – Document 141 (D.N.J. 2011), the defendant changed their Facebook profile picture from one that included the dress the trademark dispute was over to one that did not.  The plaintiff sought spoliation sanctions over that change, but the court found that changing social media profile pictures is common and that the spoliation was probably unintentional.  To address the minor prejudice it caused, the court directed the prior profile picture temporarily restored and a screen capture made for use as evidence.

In the case of Allied Concrete Co. v. Lester, 285 Va. 295, 736 S.E.2d 699 (Va. 2013), an attorney advised a client to “clean up” his Facebook page and suggested some images that should be removed.  The client ultimately deleted 16 pictures and then, later, deleted the whole account and claimed not to have one.  The deletions were established using IP logs obtained from Facebook (which we touched in, “What Social Media ESI Can Be Collected in eDiscovery” – Gone Viral: Social Media in eDiscovery Series, Part 2) and expert testimony.  Ultimately, the misconduct resulted in an adverse inference instruction to the jury, a $722,000 award of costs and fees against the client and the attorney, and a five-year suspension for the attorney.

In the case of Gatto v. United Airlines, Inc., et al., No. 10-cv-1090-ES-SCM (D.N.J. Mar. 25, 2013), the plaintiff produced his Facebook password to the defendants so they could access, review, and print some agreed-upon materials.  When they attempted to access the account, however, the plaintiff received an automatic notification from Facebook about an access attempt from a new, unauthorized IP address and – allegedly fearing hacking – deactivated his account.  He later attempted to restore it, but after two weeks of deactivation, Facebook had already deleted the account materials (per its standard policy) making them unrecoverable.  Based on the loss of those materials and the prejudice it caused to the defendants, the court granted an adverse inference instruction regarding the spoliated Facebook evidence.

In the case of Painter v. Atwood, D.D.S., No. 12-cv-1215 (D. Nev. Mar. 18, 2014), the defendants sought spoliation sanctions over the deletion of Facebook posts by the plaintiff that, allegedly, would have contradicted or undermined her claims in the case.  Plaintiff’s conceded that the deletion had occurred but argued that the posts were irrelevant and that “[p]laintiff is a 22-year old girl who would not have known better than to delete her Facebook comments.”  The court rejected both arguments:

First, Plaintiff’s Facebook comments discussing her opinion on working and interacting with Defendant . . . are directly relevant to this litigation. . . .  Second . . . it is of no consequence that Plaintiff is young or that she is female and, therefore, according to her counsel, would not have known better than to delete her Facebook comments.  Once Plaintiff retained counsel, her counsel should have informed her of her duty to preserve evidence and, further, explained to Plaintiff the full extent of that obligation.  [emphasis added]

The court went on to determine that an adverse inference sanction would be the appropriate remedy for the loss of the Facebook materials.

In the case of Crowe v. Marquette Transportation Co. Gulf-Inland, LL, No. 14-1130 (E.D. La. Jan. 20, 2015), the plaintiff deactivated his Facebook account days after receiving a discovery request to produce materials from it, and then, he claimed he did not “presently have a Facebook account.”  Since the account had been deactivated rather than deleted, materials could still be recovered, however, and the court ordered the production of all materials, the turning over of account credentials, and consent/cooperation for any subpoenas the defendant wished to issue directly to Facebook.

In the case of Thurmond v. Bowman, No. 14-CV-6465W (W.D.N.Y. Mar. 31, 2016), the defendants sought spoliation sanctions against the plaintiff over the disappearance of numerous allegedly-relevant posts from her Facebook account.  Ultimately, it was determined that the plaintiff had made a privacy settings change to the account that changed the public visibility of the posts but had not deleted them.  The plaintiff produced the materials, and the court declined to apply sanctions, but the court did express its displeasure with the plaintiff’s “troubling” conduct and indicated that sanctions might be applied for further inappropriate conduct.

It is clear from these six cases that, while parties and their attorneys may be struggling with social media, courts are very comfortable treating it like any other source: if relevant, it needs to be preserved and produced; and, under no circumstances should it be intentionally altered, deleted, or hidden.  One bar has already provided an advisory opinion on this for attorneys, and we should expect more bar opinions like this and cases like those above to follow.

In the next part of this series, “Ethics and Reliability in Social Media,” we will turn our attention from authentication of social media materials to other ethics and reliability concerns raised by those materials. 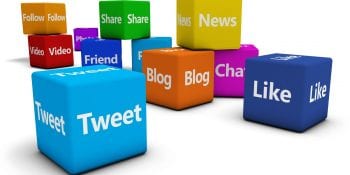 As social media has been working its way ever deeper into our relationships, professional activities, and culture, its impact on discovery has been growing as well. Unfortunately, the nature, diversity, and volume of social media data continue to present a variety of technical and legal challenges for practitioners. So, we are revisiting this topic – one of our most popular of last year – updated with new usage data, new revelations about available ESI, new rule amendments and cases, and more.

Social media is becoming more frequently collected and searched in eDiscovery. As the last election cycle made abundantly clear, social media is currently an influential, indispensable part of American life. We will begin this series by exploring the legal challenges posed by social media in life and discovery, including sources, data, preservation, and more.

As a review of almost any day’s news will demonstrate, social media remains an influential, indispensable part of American life, and its impact on discovery has been growing proportionately. In this multi-part update series, we will review recent statistics, news, resources, and cases related to social media in eDiscovery and the technical and legal challenges it creates for practitioners.