The Need to Be Prepared for Later Litigation – eDiscovery Investigations Series, Part 4

“Well it’s a mess, ain’t it Sheriff?
If it ain’t, it’ll do till the mess gets here.”
–  Joel and Ethan Coen, No Country for Old Men

In the first Part of this series, we reviewed the categories of investigations in which companies are frequently involved and their general eDiscovery ramifications.  In the second Part, we discussed the need for speed and secrecy and ways to achieve them.  In the third Part, Nuanced Analysis & Review Strategies in eDiscovery Investigations, we reviewed the need for nuanced analysis and review and available tools and techniques for it.  In this Part, we discuss the need to be prepared for later litigation.

As we’ve discussed, time pressure is great in most investigative scenarios.  Particularly when you are working to assess an internal issue, the desire to find out the facts and mitigate the risks can make speed feel like the overriding priority – a priority overriding even normal discovery processes.  When it’s just an internal investigation, why not skip forensic collection?  Why not focus on fact-finding over process documentation?  Why worry about preservation?

The Mess before the Mess

Despite the obvious incentives to rely on informal, ad hoc methods to handle the ESI discovery required for an internal investigation, there is a good reason not to succumb to the temptation: most investigative scenarios carry within them the potential for later litigation.  For example:

As we’ve discussed, the duty to preserve documents can arise before a case is actually filed or commenced, because the duty arises not when there is litigation but when there is reasonable anticipation of litigation (or agency action, etc.).  As explained in “Guideline 1” of The Sedona Conference Commentary on Legal Holds:

A reasonable anticipation of litigation arises when an organization is on notice of a credible probability that it will become involved in litigation, seriously contemplates initiating litigation, or when it takes specific actions to commence litigation.  [emphasis added]

Many of the same things that trigger an internal investigation could also count as notice of a credible probability of eventual litigation related to the underlying events.  This will not be true in all investigative scenarios, but in the many where it is, a failure to look past the immediate information need to later legal obligations can result in inadvertent spoliation and other discovery complications.

Avoiding later sanctions and process challenges is a strong incentive to take a more formal approach from the beginning of many internal investigations.

Being Prepared for Later Litigation

To ensure preparedness for later litigation, there are three main things that need to be addressed during your internal investigation: preservation, forensic defensibility, and process documentation.

The most important aspect of being prepared for potential later litigation is ensuring that relevant materials are not lost or destroyed.  Even if the possibility of litigation is still too tenuous to have definitely triggered the duty to preserve, behaving as though it has will ensure relevant materials survive until you are sure.  Taking steps to create backup copies of relevant email inboxes, file stores, or devices can be done even before you are sure you need to issue a hold or take other formal discovery steps.  If the investigation reveals nothing, the backups can always be deleted later, but if the investigation reveals a serious issue, lost materials may not be recoverable later.

The next most important aspect of being prepared for potential later litigation is ensuring that the ESI materials you do collect in your investigation are collected in a forensically defensible manner.  The desire for speed may make it tempting to review original files in situ or to have individuals forward relevant emails to you, but such actions can alter metadata, alter files, and create evidentiary problems in later litigation.  Ensuring that your ESI is collected in a forensically-sound manner that preserves unaltered metadata, working with copies rather than original files, and documenting the chain of custody from the point of collection forward will ensure that your ESI evidence is ready for use in any later litigation.

Finally, documenting your investigative process, decisions, and reasoning – particularly with regard to your preservation and collection steps – is invaluable in the event of later litigation.  Sources are numerous and varied, ESI materials voluminous and complex, and investigations nonlinear.  In an investigation of any size or length, you will not be able to recall all the details of what was collected and when, of what was preserved and why, or of what rationales supported other key decisions.  Documenting these things as you go – as though in discovery – will ensure you have the records you need to effectively transition to discovery later or to explain your processes if challenged (and many later legal evaluations turn on knowledge at the time).

Next, in the final Part of this series, we will discuss some modern challenges and key takeaways. 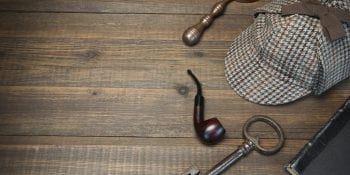 When the Game is Afoot – eDiscovery Investigations Series, Part 1

“Come, Watson, come!” he cried.  “The game is afoot.  Not a word!  Into your clothes and come!” - Arthur Conan Doyle, The Adventure of the Abbey Grange. The majority of eDiscovery work takes place in the context of litigation, but a significant amount of it takes place instead in the context of investigations.  Although the available ESI and the available eDiscovery technologies are the same, the realities of handling investigations are different in some ways worth discussing.

The Need for Speed and Secrecy – eDiscovery Investigations Series, Part 2

“Come, Watson, come!” he cried.  “The game is afoot.  Not a word!  Into your clothes and come!” - Arthur Conan Doyle, The Adventure of the Abbey Grange. The majority of eDiscovery work takes place in the context of litigation, but a significant amount of it takes place instead in the context of investigations.  Although the available ESI and the available eDiscovery technologies are the same, the realities of handling investigations are different in some ways worth discussing.